skip to main | skip to sidebar

A much more intimate turn than his last single, the thundering "Leave Your Body Behind You," Richard Hawley lets the night creep in with "Seek It." And as the daylight quickly slips away into autumnal evenings, "Seek It" is perfectly timed for a nice cuppa on the couch. 'Scuse me while I reach for my battered copy of Jeeves and Wooster, and a smoking jacket to boot.

Posted by theleila at 6:39 AM No comments:

first aid kit have a lush new video that complements their lush americana harmonies, and all i can do is fall further in love with the haunting sounds that is produced by these lovely swedish sisters. faded glamor, a stunning estate, lots of vintage costume changes and a famed swedish actress to boot (ewa froling), the video has that dreamy sheen that leaves you questioning everything. very ingmar... the girls will be back in america this summer and fall, playing bulkhead theatre on october 4. 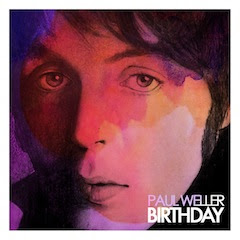 "they say it's your birthday..." it's the great sir paul mccartney's 70th birthday today. while you let that sink in (that's six years about he turned 64), head on over to amazon.com and download paul weller's version of the beatles' "birthday" for only 70 cents, the proceeds of which go to the brilliant war child charity. it's only available for today, so get a move on.
Posted by theleila at 12:58 PM No comments:

richard hawley's "leave your body behind you"

it's beyond me how a man like richard hawley just keeps getting better and better with each new tune, collaboration, story and shimmering guitar lick. forget that he was in long pigs and pulp. or that he's cowritten for the likes of robbie williams and arctic monkeys. or collaborated with vocals and guitar for elbow. since 2001 the man has been releasing prime solo material and with each of his six or so releases his well-worn voice and teddy boy style have become more at ease and more dominating than the last. and by the sounds of this lushly layered chamber pop track, the new release, standing at the sky's edge (out in america june 12, on mute), will be just as stunning.
Posted by theleila at 11:38 AM No comments:

the kid's got swag: lil' danny brown in "grown up"

how adorable and fierce is the wee version of rapper danny brown in his video for "grown up"? that kid would rule this tumblr. and then he'd totally t.p. it too. his flow is equally wicked, and i'll be downloading that single right about now, ta muchy fool's gold.
Posted by theleila at 10:37 AM No comments:

in every city a record store 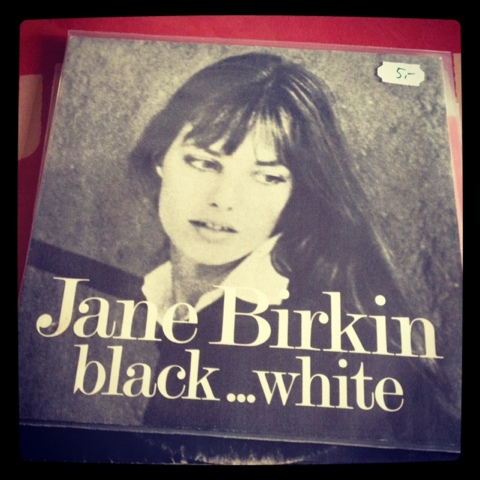 it might be a trite thing to say, but music really does connect us all. no matter where I am in the world, chances are I will find myself in a record store, spending copious amounts of money on mammoth vinyl discs that I will not be able to fit into my suitcase, and will instead be awkwardly tucking them under my arm as hand luggage. but to be able to look back at that 45 of Jane Birkin and recall picking it up in Nuremberg and showing it off to my French counterpart in the group of journalists I was with, and then bonding with a Scotch poet over a love of Otis Redding and proudly noting that he is from my new hometown... well, that will be worth the strained fingers and bumbling.

then there is the thrill of buying a mixture of long loves and lush looking album covers by artists you have never heard of before. hence I end up with a combination of Beatles 45s and Joy Division albums, and some red, purple and blue uber-foreign appearing split featuring some smooth-looking chap called Oliver.

and the connections don't stop with the showing off of my finds. this discover leads to another visit to the record store, with recommendations to my Turkish colleague, who left with some Radio 4, Muse and International Noise Conspiracy. my work here is done. 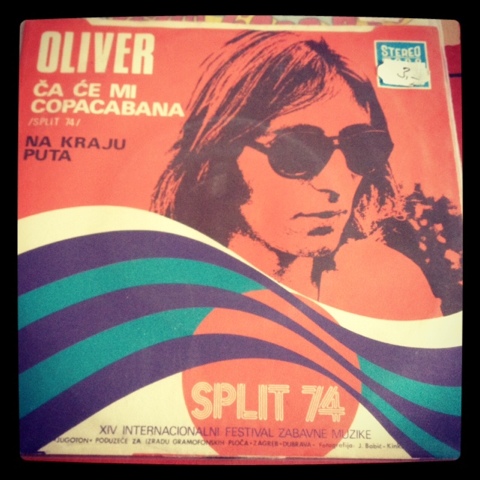 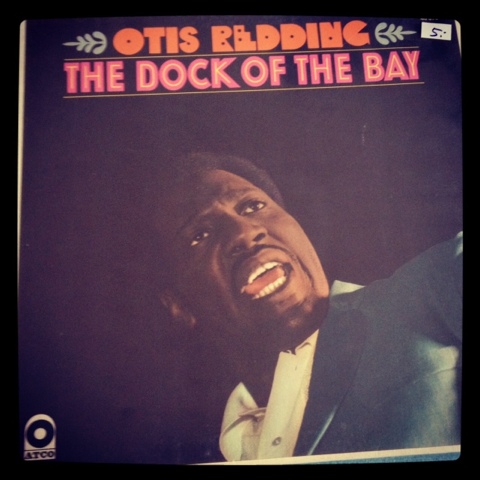 Today begins my two week stay in the famous (infamous?) city of Nuremberg, in Germany's heavily-wooded, incredibly beautiful Bavaria region. I've been welcomed into the home of my charming host family, and am currently staring out of my bedroom window onto roofs tiled with terracotta, aluminum, and more to give it a multicolored landscape that mirrors the city. The buildings vary in style, reflecting he history that saw so much of the city demolished in the war. Even the historic-appearing buildings are usually not so, instead being carefully crafted blocks of flats based on what had originally stood there before the bombs fell. I am lucky enough to be in one of the few historic apartment buildings, on the fourth floor with a rare balcony that plays host to a small collection of plants cared for by Ann and her two children.

I am thrilled to be here with writers from across the globe (Romania, Scotland, Nicaragua, China, Italy and more) as part of the Hermann Kesten grant, which brings writers and journalists from Nuremberg's twin cities to build relationships and dispel stereotypes and old fashioned images.

Hopefully as the stay continues my writing will find a better direction and become less stilted. For now I will blame the stagnant style of this post on jet-lag, as I have only been in the country a few hours. There has got to be a more imaginative way for me to portray my experiences. Maybe it's just the sides affects of too much cabin pressure and bad airplane food. Surely that is enough to kill any creative urges.

"Bis morgen" (until tomorrow) then! 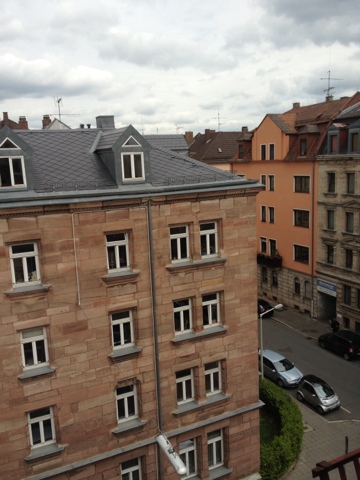 Posted by theleila at 4:30 AM No comments:

who i'm currently grooving to